Recently, people have been downplaying how black children are growing up wanting to become athletes, instead choosing to pursue careers like doctors or lawyers. The progress black people in America have made, that even gives us the ability to say that, is quite eye-opening when you think of our history just 85 years ago.

Did you know that black women weren’t able to participate in the Olympics until 1936? We have grandparents who are that age. We owe it to those who have paved the way and to the amazing women who continue to carry the torch and represent African American women in sports like never before.

Before Althea Gibson, an African American had never competed in the U.S. Lawn Tennis Association. After she competed in 1950, she went on to win her first Grand Slam Singles at the French Open in 1956. Following that, she won the U.S. open at Wimbledon in 1957 and 1958! Before Althea, there was Ora Washington.

The first black women to pave the way for our very well-known Iconic Black Women tennis players, Serena and Venus Williams. In 1929, Ora Washington was the first African American women to win an American Tennis Association singles title. After that, she held the title for seven years in a row. She set a record, and the only person to beat that streak was Althea Gibson with ten consecutive titles. 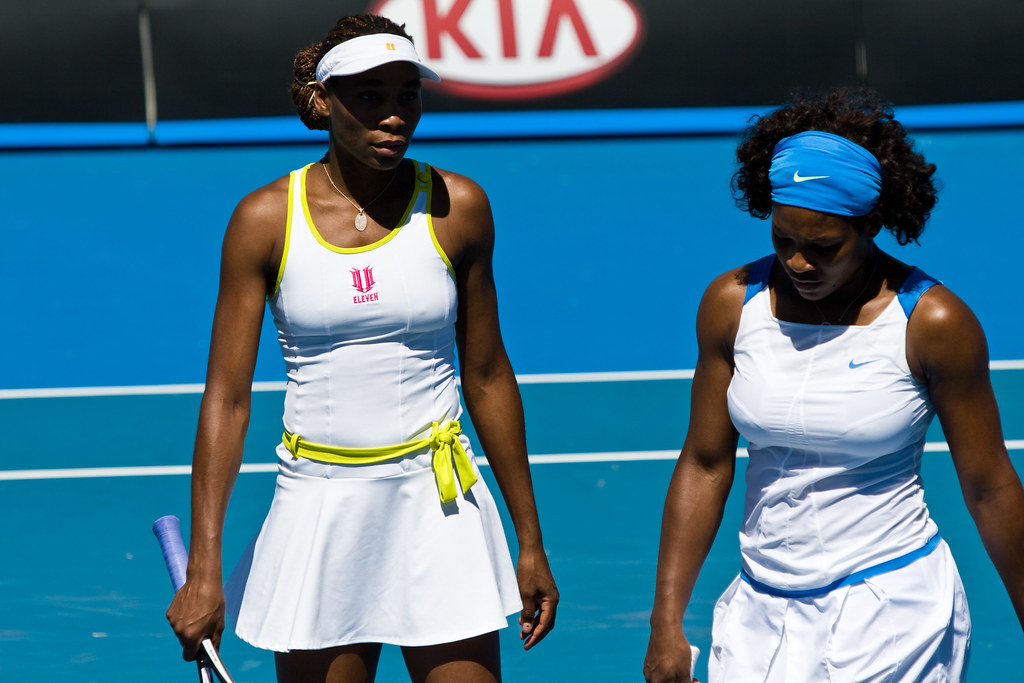 These players were coached in Compton by their father, who was a self-taught tennis player turned coach. Not only did they grow up in a place that is labeled dangerous, or with a coach who taught himself, but they are also African-American women. Against all odds, they still became the best tennis players in history. These athletes are known by people who don’t know the first thing about tennis.

At just 17 years old, Serena was the first to gain a title at the Us Open of 1999. Venus didn’t take long to accept the challenge placed before her by her sister and just a year later, she won the U.S. Open in 2000. She then came back to prove it was no fluke by winning again in 2001 against her sister. In 2019 Serena continues to win titles! In the Australian Open, she claimed her 24th Grand Slam title against Tatjana Maria.

These track and field athletes were the first African Americans to qualify for the Olympics in 1932. Sadly, they weren’t granted the opportunity to compete because of the color of their skin. Although they traveled with the team, they were treated unfairly by teammates, assigned separate rooms, and only saw the other team members during practice.

Pickett made it onto the track where she qualified for semifinals in the 80-meter hurdles. Because of World War II, the Olympic games were canceled in 1940 and 1944, which made it impossible for the ladies to compete again. An African American woman didn't win a gold medal until Alice Coachman took one home in the high jump in 1948.

Allyson Felix has a total of nine Olympic medals. She competed in her first Olympics at age 18, where she received 2nd place in the 200-meter race in Athens 2012. Not only does she have the more Olympic titles than any other female track athlete, totaling up to nine medals, but she also has 11 world titles!

Laila was able to retire from boxing with a record of 24-0. How cool is it to not only be in a predominantly male sport but also an African American female boxer who never lost? She was also the first woman to ever headline a pay-paper-view boxing event on June 7, 2001. Then, she was only 23 years old when she went against Jacqui Frazier-Lyde, the daughter of another legend, Joe Frazier.

At the time Laila was just 20 months into her professional boxing career but had already had a record of 9 and 0.

Smartbook is an appointment scheduling and e-commerce app for beauty professionals to sell their services and products. Visit https://get.sbook.net.

Hair Salon Reopening: How to Manage Your Hair Salon Online

Online booking one thing to consider before your hair salon reopening. How can you manage...
Continue reading...
News

Black women have been involved in politics for decades now and, collectively, they made an...
Continue reading...