Argan oil has only recently started getting the same exposure as its cousins coconut oil, Jamaican Black Castor Oil and Avocado Oil, but it is no less important to keep your hair at its best.

Argan oil is, in many ways, the unsung hero of hair oils. If you don’t believe me, check the numbers. According to Elle, between 2007 and 2011 the number of argan oil-based products on store shelves skyrocketed from just two to more than 100! The oil continues to experience a surge in popularity as celebrities and consumers alike, seek to reap its benefits. Grand View Research recently published a report predicting that in the U.S. alone, the argan oil market will be valued at a staggering $1.08 billion by 2025. 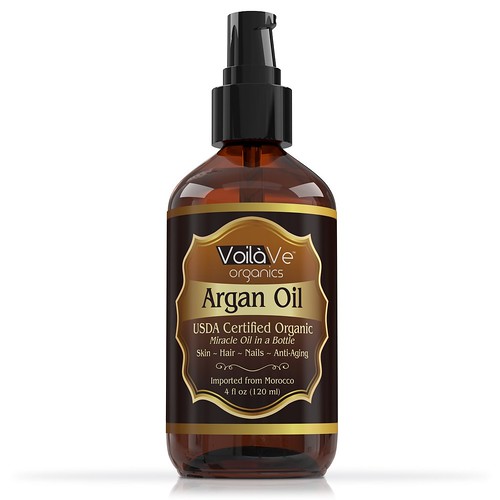 Argan oil comes from the fruit of the Argan tree. Natural Living Ideas mentions that its use goes back as far as the Phoenicians, who used it for healing and beauty reasons. Research published in the Evidence-Based Complementary and Alternative Medicine journal (eCAM) states that for centuries,  Moroccans used this oil for cosmetic purposes including acne and scar treatments, and to achieve a fairer complexion. The oil has numerous cutaneous benefits, meaning it’s great for skin. This is due in part to it being high in vitamin E, linoleic and oleic acid, notes Dermatology News. Argan oil reportedly contains two to three times the amount of vitamin E found in olive oil, with 75 percent  of its composition being gamma-tocopherol, one of the two main types of vitamin E. Tocepherol can also facilitate cell production and regenerate hair follicles, according to Viviscal.

Argan oil has often been called liquid gold, ( CurlyNikki and HSI Professional agree), and HSI Professional has even called it “the new coconut oil.” These are undoubtedly big shoes to fill but there are definitely some similarities between the two oils. In addition to them both being used for cooking, argan oil and coconut oil are both capable of penetrating the hair shaft and increasing the hair’s elasticity.

When it comes to hair, this oil is best known for its conditioning properties. It promotes hair growth and a healthy, dandruff-free scalp according to Argan Oil World. The vitamin E in the oil also acts as an antioxidant to protect and regenerate hair after exposure to things like chemicals, UV rays and also quickly regenerates cells, leading to faster hair growth.

This oil is not only versatile in its uses, it is also versatile in the ways it can be applied to the hair. Pure argan oil is totally safe and can be applied directly to the hair to treat split ends, massaged into the scalp or incorporated into shampoo or conditioner. In fact, this oil is often an important component in shampoos due to its ability to reduce frizz, repair hair damage and improve shine. Viviscal recommends using it weekly to see continued results while also using argan oil in conjunction with other oils to maximize the benefits to your hair.

I am a writer by day and a dancer by night! I love creating content about everything from fashion, to beauty, to–obviously–natural hair. I'm excited to be a part of the Ebena community!...
Website:
http://www.joriejgoins.com